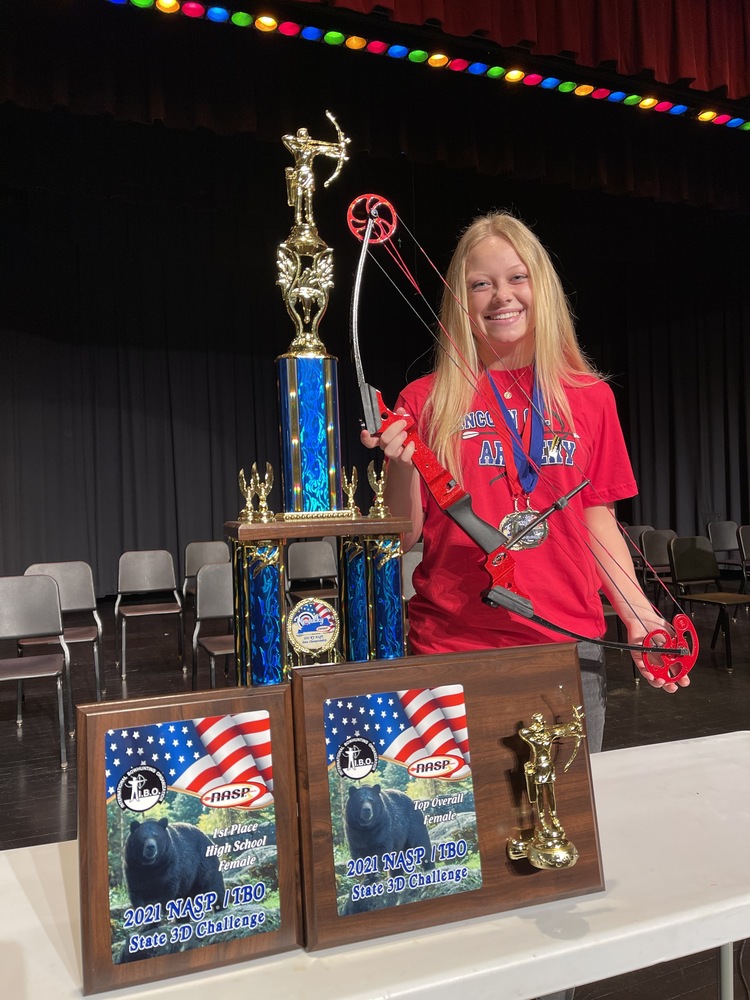 The Lincoln County High School archery team won the NASP/IBO 3D State Tournament this past weekend in Louisville. Senior McKenzie Settles also finished in first place in the 3D High School Division and was the top overall female of the division. Settles also tied for first place in the Bullseye Tournament and also tied for the overall female bullseye champion.

Settles shot a 293 in the 3D competition and a 296 in the bullseye completion. For winning the championships, Settles also was awarded the red championship bow from NASP and a $1,000 scholarship. The LCHS team also finished second overall in the NASP Bullseye State Tournament competition.

The team celebrated the championship on Thursday afternoon at Lincoln County High School in the Stuart Underwood Auditorium. The ceremony was streamed live on YouTube. You can view it here: LINK- https://bit.ly/2P60Qyq

This was the second team championship for the program. They also won the NASP State and National Tournament in 2003-04. 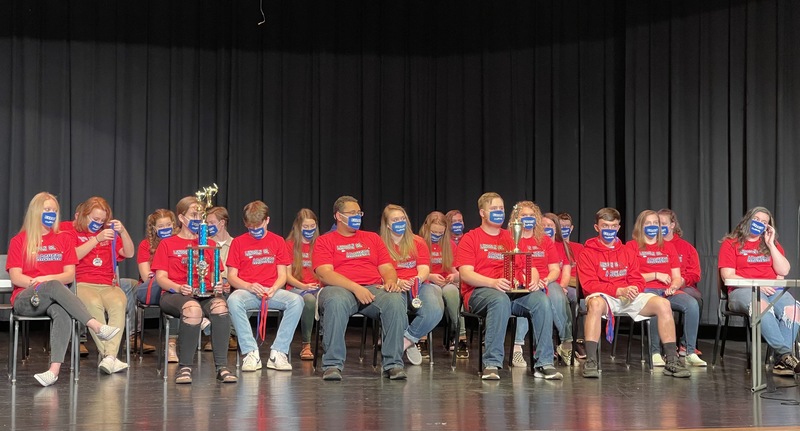