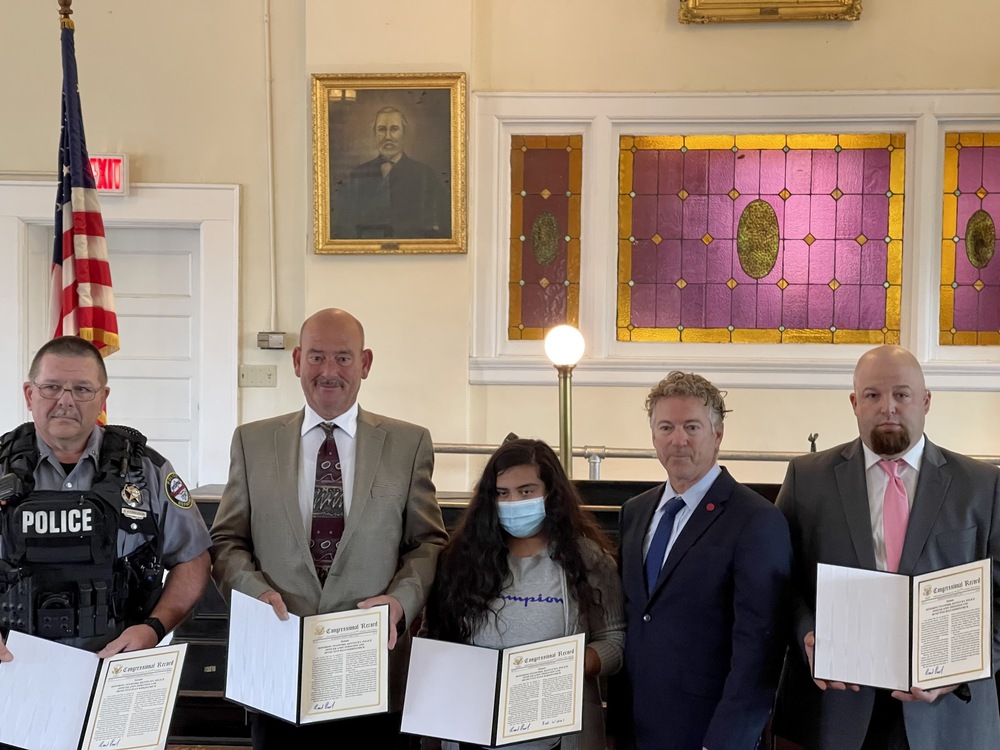 Senator Paul presented a Congressional Record to Vergara, established April 12th in Washington, D.C., for her role in quickly calling 911 after witnessing a heinous crime in Stanford. SPD was dispatched to the scene and were able arrest the perpetrator who was later charged with sexual assault and kidnapping.

The out of state victim received medical treatment and was reunited with her family due to the heroic efforts of Maria and the Stanford Police Department. 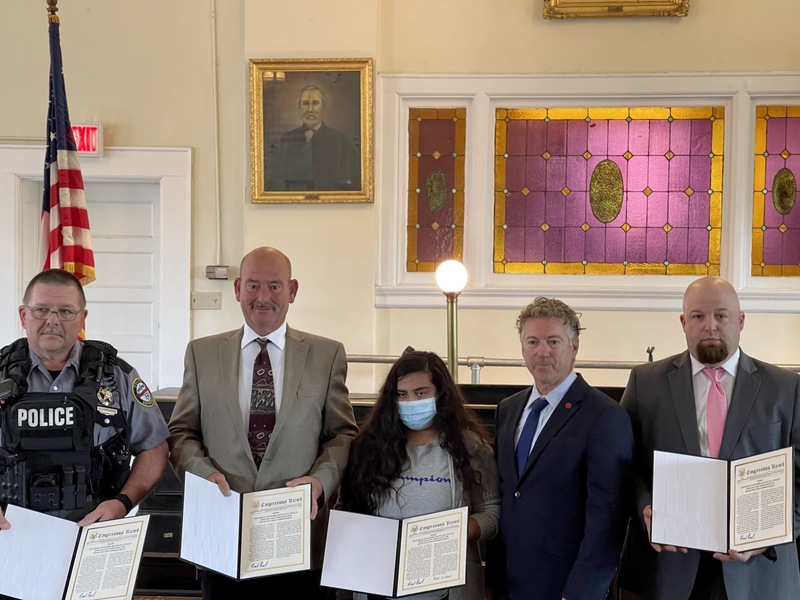 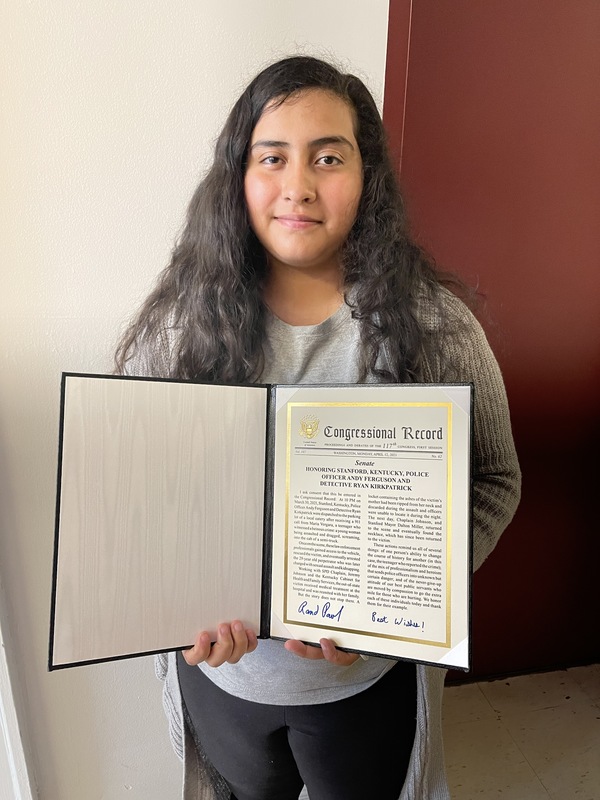